In these last few days leading up to Halloween, many Angelenos are seeking out the creepy, strange, odd, unusual, weird and horrifying haunts that this large city can scrounge up. We told you earlier this month about the Old Zoo’s Haunted Hayride, and there are many other frightful pleasures to be had such as Haunted Horror Nights at Universal City Walk and Knott’s Scary Farm. But there is one ghoulish place you probably haven’t thought to visit, a place this is often referred to as LA’s weirdest tourist attraction. 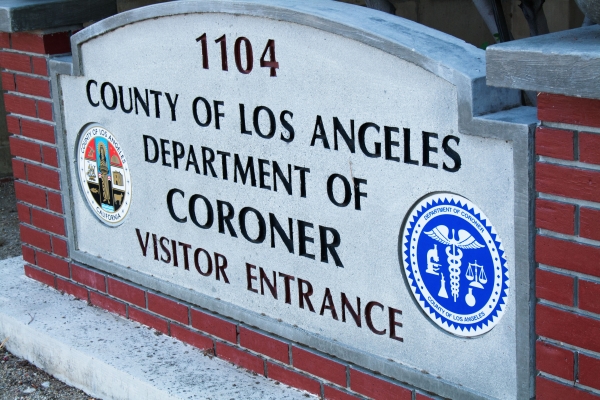 Have you ever heard of a Coroner’s office having a gift shop? Me neither, and for good reason! Only two county coroner’s offices in the whole United States have gift shops. They exist in Las Vegas and, you guessed it, good ole La La Land itself. 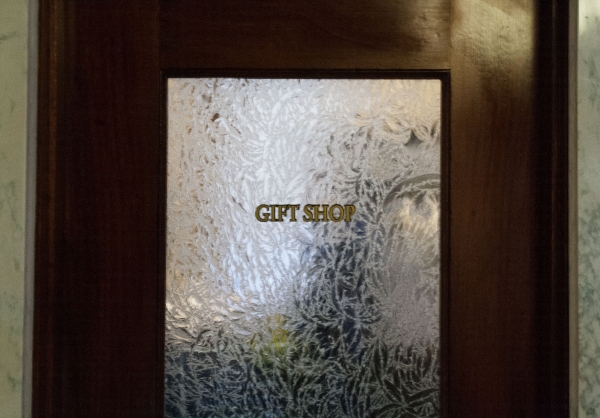 Skeletons in the Closet Gift Shop began in September of 1993. It all started by accident when a secretary noticed that items with the department’s logo (such as mugs and t-shirts) were becoming very popular at forensics conferences, so she decided to have more made and sold them from her desk. As interest in the items grew they moved from her desk to a closet, and now a small room off the main entrance of the Coroner’s office. All the proceeds go toward drunk driving programs for teens where they get a tour of the morgue. The kitschy slogan of “we’re dying for your business” is accompanied by kitschy blankets, mugs, police tape and toe-tags. 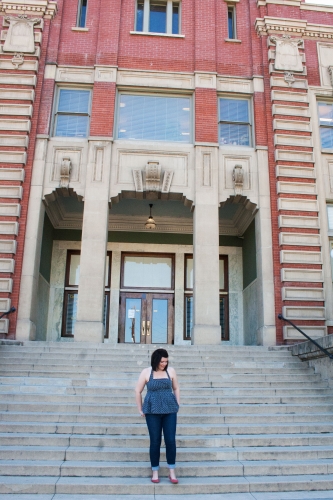 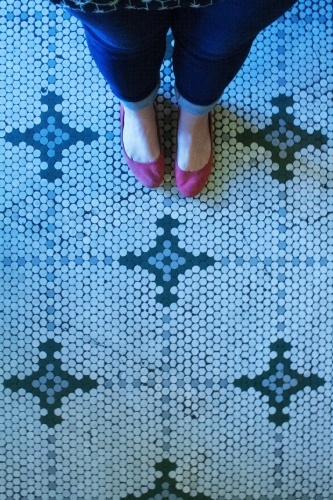 When my husband and I journeyed to Skeletons in the Closet, we weren’t quite sure what to expect. We had in mind to have a serious look about us as we knew family members of the deceased may be there on business. We got out of the car and were almost immediately greeted by 3 older men who asked us “hey, do you know where the gift shop is?” Hmmm, perhaps the gift shop was a bigger draw than I had previously thought. 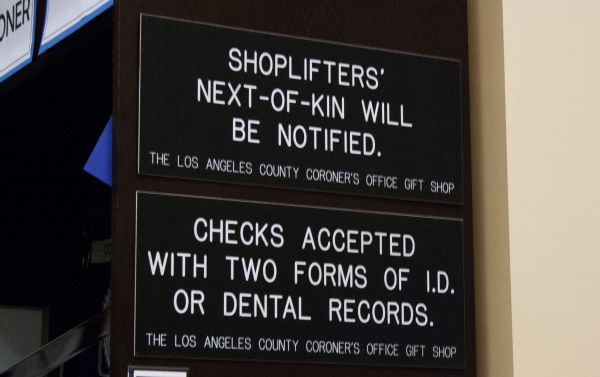 We walked up the front steps of a rather beautifully old, but kept-up building (rare, it seems, in Los Angeles) and asked the receptionist if we could get a parking pass. She took one look at us (I had my camera in hand) and said “For the gift shop! Absolutely! The lady who mans the gift shop is on break, but she should be back in a few minutes. You can just take a seat out here if you’d like.” 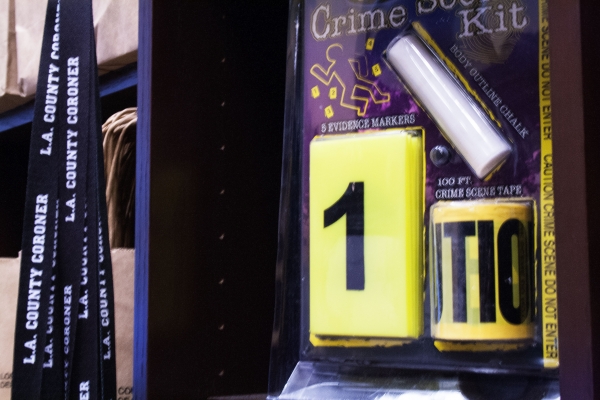 Once the gift shop clerk returned from her break and opened the door, we entered the small room where we were overcome with chalk outlines, yellow police tape and, as any good Los Angeles establishment demands, pictures of celebrity visitors littered all over the walls and cash register. 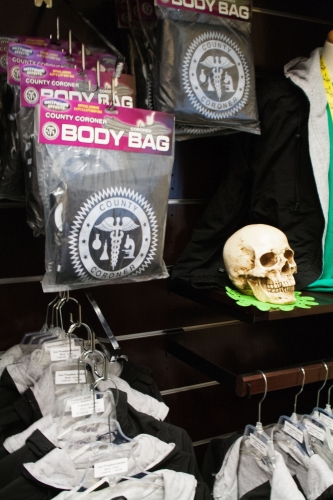 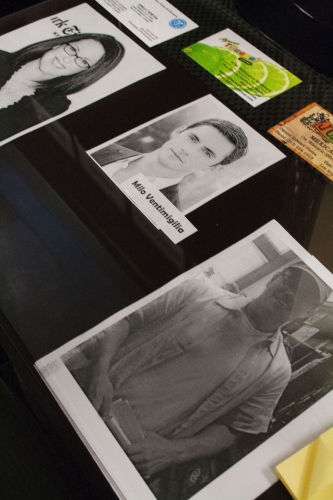 The clerk there is as nice and bubbly as ever. She was asking us where we were from, how were heard about her shop. She bragged about her recent customer Matt Damon, who she clearly fancied. Then she let everyone in the shop know “Get your merchandise while you still can. As of the first of the year we have to change all of it. These mugs and towels will soon be collectors’ items!” She later explained that the Los Angeles County Coroner’s Office had a name change to the Los Angeles County Coroner and Medical Examiner’s Office, bemoaning the fact that she didn’t know how on earth she would fit all those words onto her merch. 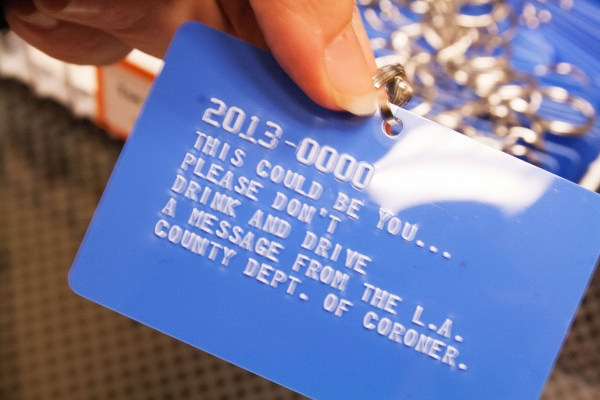 Her pitch was effective. I chose stained-glass-like holiday ornament with the signature chalk outline and the Coroner’s seal. I plan to hang it from my rear-view mirror. 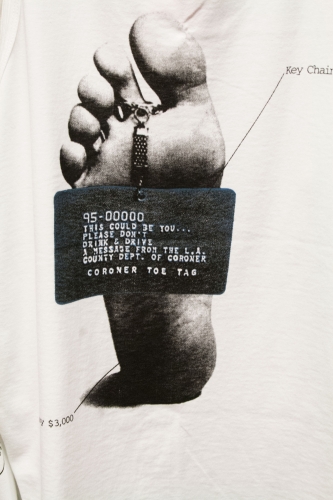 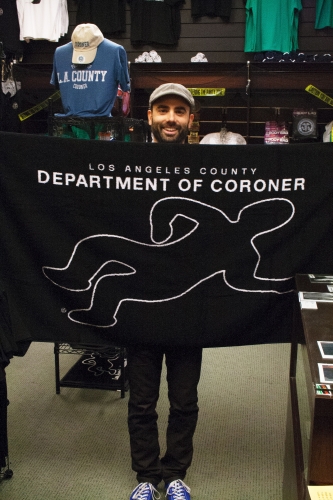 My husband and I left the Coroner’s Office commenting to each other that we both had a wonderful time, and it was well-worth the trip. Perfect weird and wacky landmark to take out-of-towners as well! If you would like to purchase any of these items, but live far away or can’t make it to during their store hours, not to worry - there is a Skeletons in the Closet online store! 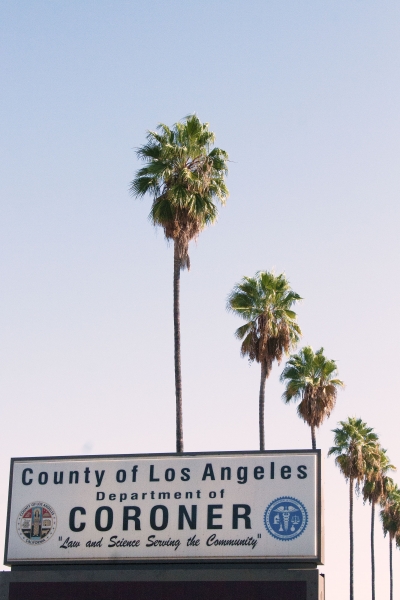