It’s October and time for Jack-O-Lanterns, hot apple cider and Halloween parties! But do you know the absolute creepiest thing to see in Los Angeles, not only during October, but all year round? We do! If you have never been to the abandoned Old Zoo in Griffith Park, you do not know what you’re missing. 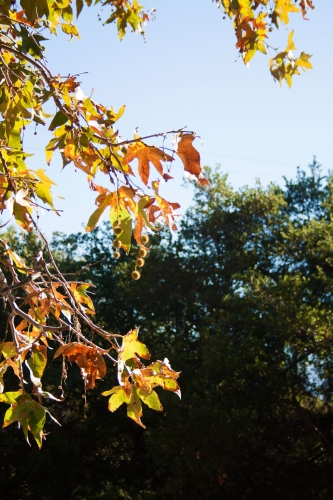 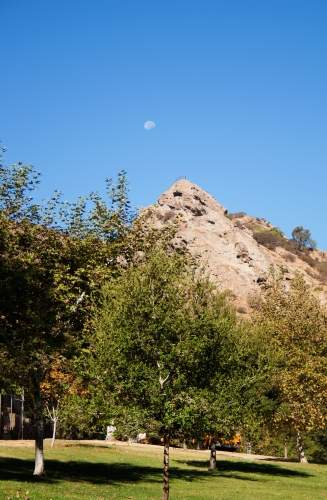 Before we get into the Old Zoo, the history of Griffith Park itself is absolutely bone-chilling, making the park the perfect place to have a haunting experience. Col. Griffith J. Griffith was a successful mining tycoon who bought Rancho Los Feliz for use as an ostrich farm. Rancho Los Feliz and nearby developments were supposedly haunted by the previous owner of the property, Antonio Feliz. 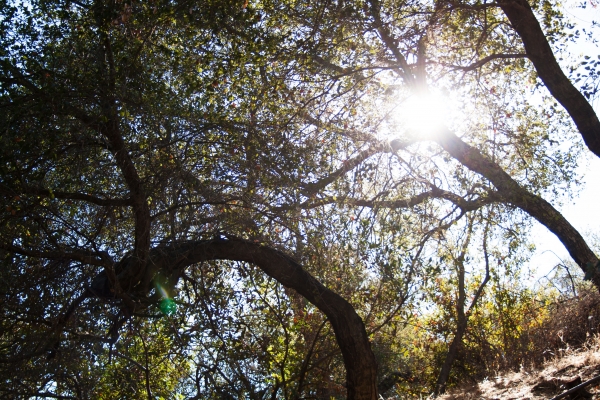 After a trip to Europe in 1896, Griffith was inspired by the public parks of the great cities, so much so, he decided that his own city needed a great public park in order to become great.  "It must be made a place of rest and relaxation for the masses, a resort for the rank and file, for the plain people ...I consider it my obligation to make Los Angeles a happy, cleaner, and finer city. I wish to pay my debt of duty in this way to the community in which I have prospered." At the time, the population of Los Angeles was less than 150,000 people - quite amazing how far a vision can take a city. It went to from a small city to the second largest in the US! 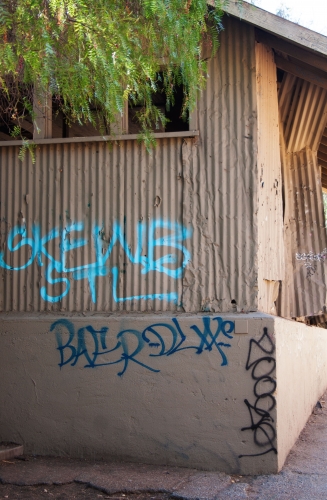 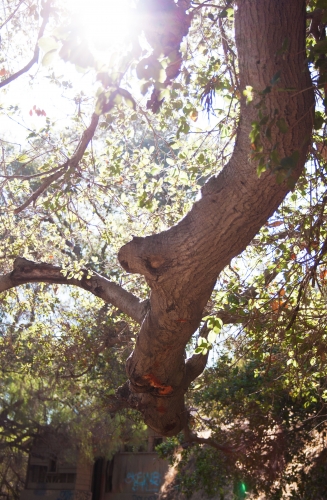 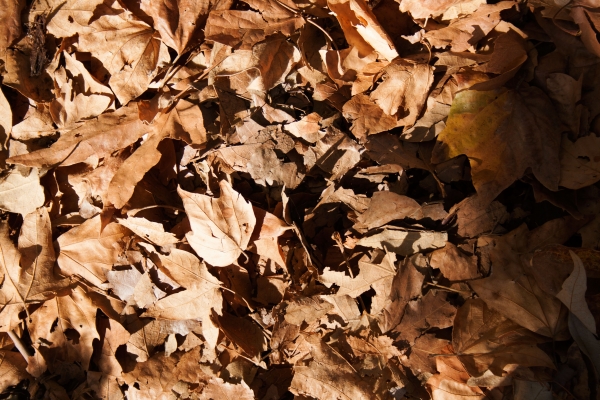 Griffith donated 3,015 acres to the City of Los Angeles for his Great Park with plans to build an amphitheatre and an observatory. His plans were derailed when he shot his wife while they were vacationing in Santa Monica. His wife survived, suffering disfigurement and loss of her right eye. Griffith was charged with assault with a deadly weapon with intent to kill. He was given only 2 years at San Quentin State Prison because he was declared to have been under a condition of alcoholic insanity. 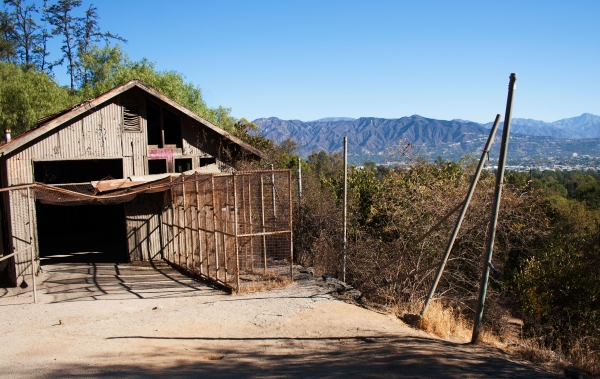 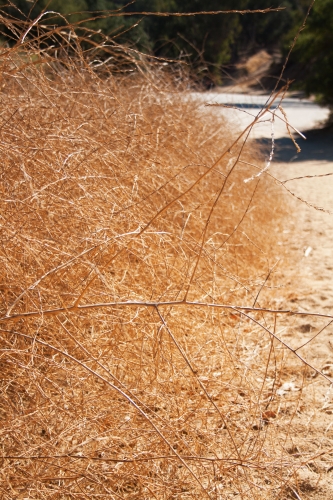 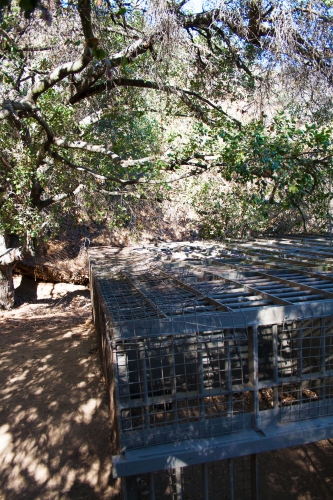 In 1912, Griffith donated another 1000 acres to the Park, and upon his death in 1919 bequeathed his fortune for the building of The Greek Amphitheatre and The Griffith Observatory. Along with Griffith’s 1912 donation came the Los Angeles Zoo. The animals were donated by William Nicholas Selig from his private collection. The zoo met normal standards at the time with iron bars and relatively small living spaces. In 1958 the zoo was criticized as inadequate, ugly and poorly designed, so the city passed a bond measure to build a brand new zoo 2 miles away. 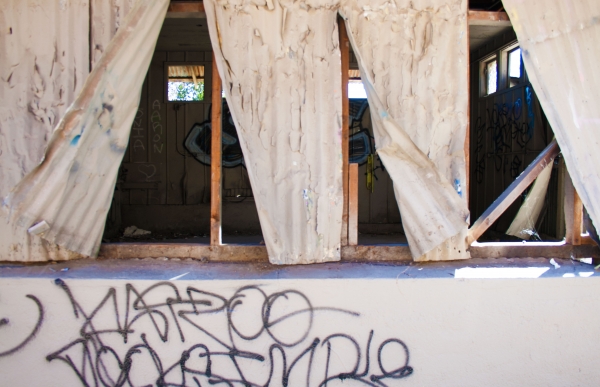 In 1966, the new zoo had been built, the animals relocated and the old zoo cages left as ruins. The ruins still stand today. Some are littered with graffiti, some are overrun with foliage, while others have had picnic benches installed. 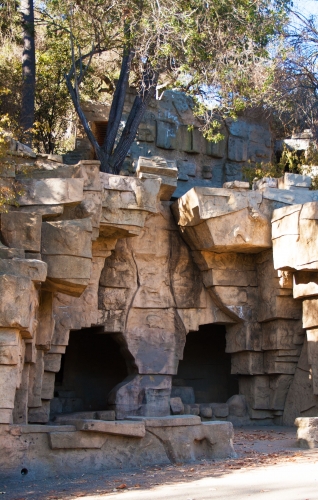 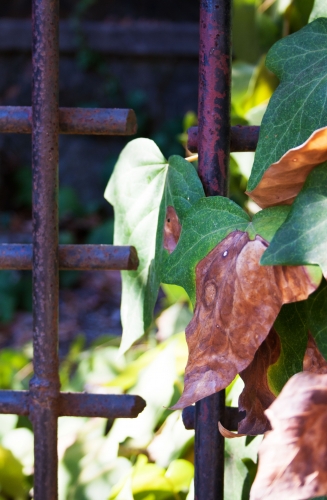 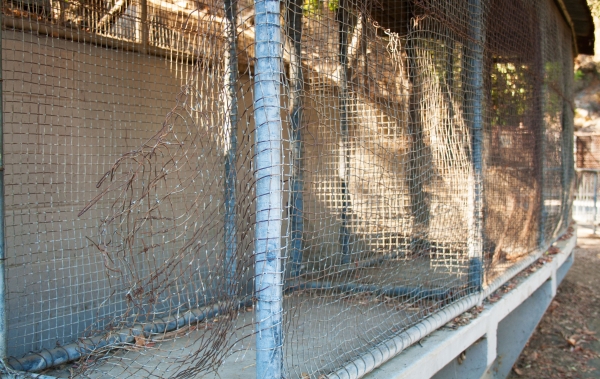 The pathway leads you up a somewhat steep hill, which leads to magnificent overlooks of the San Gabriel Valley. 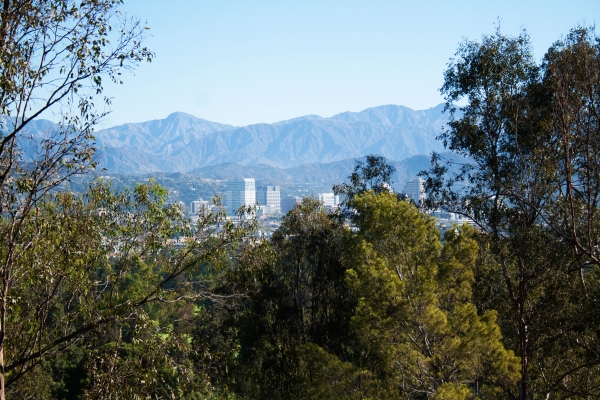 Once you come around the bend, the Griffith Park Carousel comes into view like something straight out of Mary Poppins the chalk drawing. The carousel was brought to Griffith Park in 1937 and features a Stinson 165 Military Band Organ. 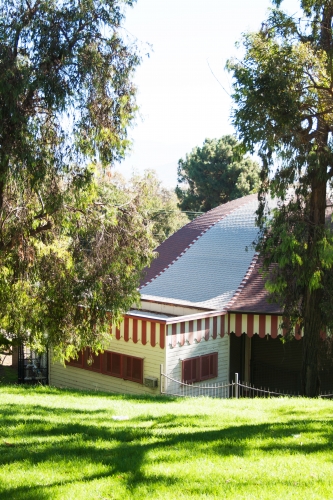 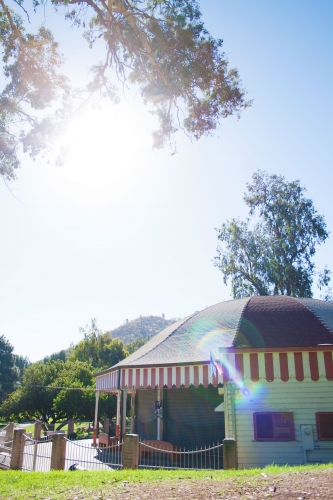 It's a nice little walk early in the morning, and just enough to wear out my dogs. The bars, cages and even the antique carousel are enough to give someone the willies on any winter, spring or summer day, but come autumn, the park transforms into creepiness of ghoulish proportions. 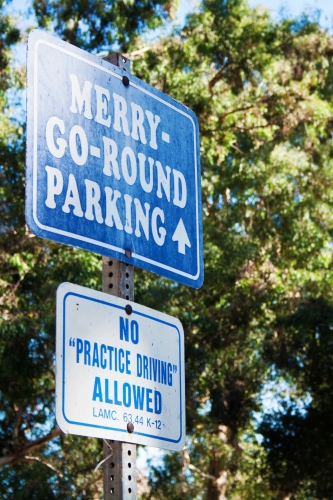 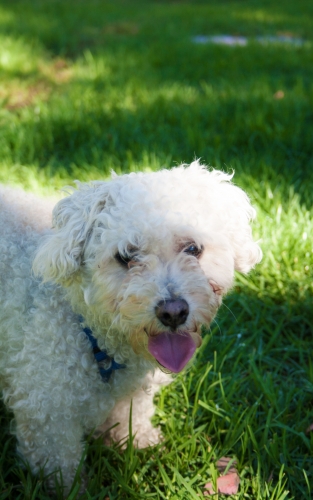 Now the stage is set, let’s add a haunted hayride, shall we? The Griffith Park Haunted Hayride is put on every year by Ten Thirty One Productions. Their website relays why Griffith Park is the ideal location to scare yourself senseless: “The folklore and legend of ‘the real’ births more terror than any horror mastermind can fabricate. The grounds of Griffith Park and beyond have been home to murder, torture, paranormal activity, serial killers, and abduction. The area surrounding the ‘Old Zoo’ and ‘B Rock’ has been called one of the most paranormally active sites in all of California. Now these and other actual events will come back to life, opening the portal to a river of lost souls that scream for revelation. They are dark. They are vicious. They are all around you.” 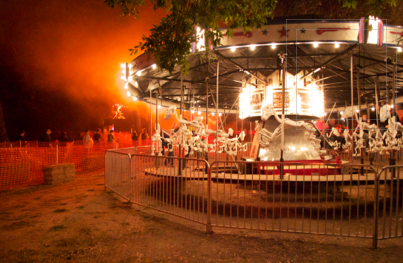 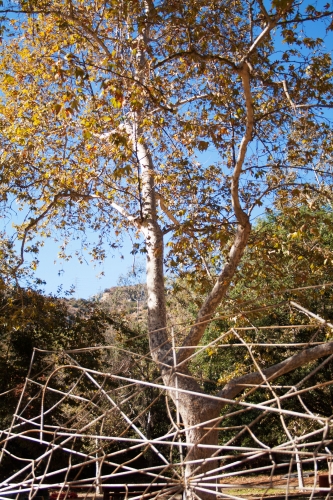 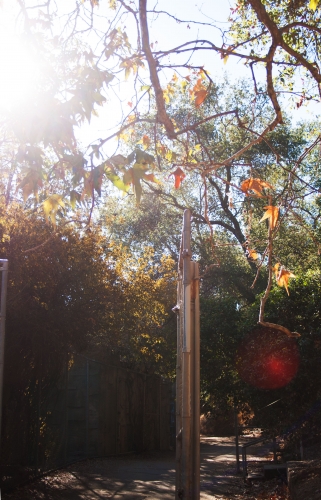 Other Yelp reviews caution to “bring your Depends”, suggesting you might be scared into having a little accident! General admission is $30, and there are other packages available for groups as well as VIP passes. Parking is free! For more information, please visit the Los Angeles Haunted Hayride website!